Is a colonoscopy really safe?

If your 50 years of age or above, your doctor has probably advised it’s time for a colonoscopy. But concern about safety of colorectal cancer screening might prevent some people from having the test. To put the public’s fears to rest, German researchers studied adverse events linked to the procedure, finding very few safety concerns.

Researchers for the current study point out that only one-fifth of people eligible for the procedure elect to have it performed, perhaps out of fear that the doctor will find cancer.

But early detection means the best chances for a cure.

For others, it’s the unpleasantness of the test that could be a deterrent. 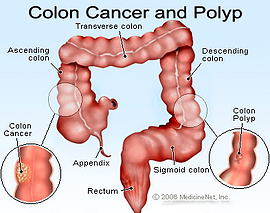 Professor Hermann Brenner of the Helmholtz Association of German Research Centres performed an analysis of documented adverse events related to the procedure, looking at 30,000 people who had colonoscopy between 2001 and 2008.

Colonoscopy is offered to a large segments populations and can lead to early detection and successful treatment of colorectal cancer, making it “…important that physicians and public health experts are very well informed about the risks of complications,” Brenner said in a press release.

Risks associated with the test include bleeding and injury to the intestine. If polyps are detected and removed (in which case, it’s good you had the colonoscopy), bleeding risk becomes higher.

The study found intestinal bleeding occurred in no more than 5 out of every 10,000 colonoscopies performed. Less than 1 in 1000 of the procedures resulted in injury to the intestinal wall.

The researchers included information 30 days after the procedure to include any late effects that might have occurred. They also looked at incidence of heart attack and stroke, finding no difference between rates compared to a control group.

"The rare serious local complications usually only occur when a large polyp is detected and removed during a colonoscopy," says Brenner. "But these are the cases where patients profit most from colonoscopy, which may have saved their lives."

Brenner says if more people would take advantage of the screening, half of deaths from colorectal cancer could be prevented.

Other options for screening include virtual colonoscopy (CT scan), flexible sigmoidoscopy that uses a shorter tube and stool tests that can detect blood. If there are any abnormalities, you’ll still need a colonoscopy.

If you’re anticipating the procedure, here’s what to expect. You have to do your part to make sure the test isn’t a waste of time. You can expect to be comfortable during the procedure because the doctor will use sedation.

The doctor is going to look at the inside of your intestines with a small flexible scope with a camera on the end. He or she is looking for polyps or inflamed areas as well as bleeding and unhealthy tissue that might need to be biopsied. 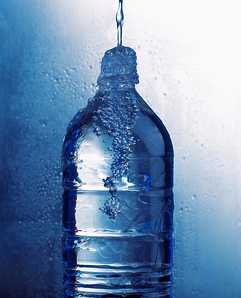 If you don’t take all of the laxative preparation as directed, your doctor won’t be able to see anything. Depending on the type of bowel prep, it might take one to two days of taking laxative type preparations.

You might be hungry too, because you’ll need to be on clear liquids if you’re taking a two day prep. Ask your doctor for one that can be taken the night before – and plan to stay at home. Make sure you take all of the preparation.

According to Cancer Research, UK there were 1.24 million people diagnosed with colorectal cancer in 2008 and the incidence is increasing in countries where rates were previously low.

The chances of colon cancer increase as diets become more Westernized. Red and processed meats, inactivity, alcohol consumption and increased body mass index are all found to raise the chances of the disease.

Colorectal cancer is on the rise. Diet and lifestyle can help prevent the disease. Colon polyps that can turn into cancer can be easily removed. Cancer detected before symptoms develop is the most curable.

The new study should put your colonoscopy fears to rest and defines how few adverse events actually occurred among 30,000 people who had the test. Most patients report the preparation is the worst part of the procedure.