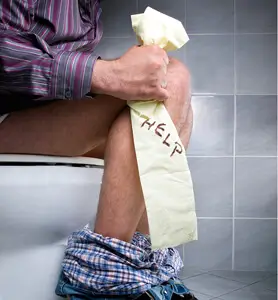 Hemorrhoidal rubber band ligation remains the gold standard for the treatment of complicated hemorrhoidal disease.  From a patient point-of-view, the traditional technique is fraught with the real potential for significant complications as well frequent discomfort felt by the patient following the procedure.  Mostly, the pains felt are related to placement of the bands in hemorrhoidal tissue that is in close proximity to sensory nerve enriched areas.  A newer rendition of the classic approach to hemorrhoidal banding was invented in 1997 by laparoscopic surgeon Dr. Patrick J. O’Regan.  The CRH O’Regan System represents a significant advancement in rubber band ligation.  Fifteen counts of new technology are incorporated in the patents for this next-generation device, which dramatically improves upon traditional instrumentation.

Compared to conventional rubber band ligation, these figures demonstrate a ten-fold reduction in complications.  Beyond this significant advance, the results showed the CRH O’Regan System to have lower recurrence (4.8%) than previous banding techniques (12%) or even hemorrhoidectomy (5-8%). A follow-up study in 2010, of 20,206 rubber band ligations in 6,690 patients confirms the 2005 study with 13% recurrence at mean of 42 months.

It remains that hemorrhoidal banding provides a greater long-term success in the treatment of hemorrhoidal disease and can be used in more advanced forms of complicated hemorrhoids.

It's True! More than ten million people visit a physician in the US each year with symptoms of hemorrhoids. Three out of four people will develop hemorrhoids at some time in their lives. While many people associate hemorrhoids with painful surgery, only a small percentage of patients actually require surgery. New comfortable office treatments have taken the fear out of hemorrhoids. This information has been prepared to help you understand them.

Most hemorrhoidal conditions, which are manifested by anorectal discomfort with or without rectal bleeding, are frequently managed successfully by increasing the water intake in diet as well as increased fiber. Fiber supplements such as psyllium can be used to increase one's dietary fiber intake. IRC was a widely accepted modality for the treatment of hemorrhoids, however, banding is a more effective therapeutic intervention should one not respond to conservative treatment. As with all cases of rectal pain and bleeding, the exclusion of cancer is paramount.  Remember that colon cancer screening begins at age 45 and changes in bowel habit patterns, pain or bleeding may require investigation.  If you have any concerns, speak with a physician.

What are Hemorrhoids and who gets them?

What are the Symptoms of Hemorrhoids?

Hemorrhoids can often be felt as a swelling in the area of the anus. There may be soreness, bleeding, discharge or itching.

We don't know for sure, but hemorrhoids are often found in people who either sit or stand a lot or who have low fiber diets or poor bowel habits.

No one knows for sure. Avoid straining or extensive sitting on the toilet. A diet rich in fluids, fruits, vegetables and fiber is desirable. If symptoms develop, see your doctor without delay.

Are There Different Kinds Of Hemorrhoids?

How Are Hemorrhoids Treated?

When treated early, hemorrhoids usually disappear within a week or two. By increasing fiber and fluids in your diet, your stool will soften thereby promoting more regular bowel movements. It also helps to eliminate excessive straining and to take warm baths. Most painful external hemorrhoids will responds to rest and warm sitz baths. Within a week the pain should subside. The firm lump should completely recede within 4-6 weeks. If pain is severe, the physician may decide to make a small incision under anesthesia and remove the clot to provide immediate relief.

What Is Rubber Band Ligation?

Internal hemorrhoids can be treated in the doctor's office by ligation. A small rubber band is placed around the tissue above the hemorrhoid to cut off its blood supply. The hemorrhoidal tissue and band slough off a few days later and the sore that is left will heal. This method produces mild discomfort and slight bleeding.

What Is Infrared Coagulation?

Infrared Coagulation(IRC) is the most widely used office treatment for hemorrhoids and is preferred over other methods because it is fast, well-tolerated by patients, and virtually problem free. A small probe contacts the area above the hemorrhoid, exposing the tissue to a burst of infrared light for about one second. This coagulates the veins above the hemorrhoid causing it to shrink and recede. The patient may feel a sensation of heat very briefly, but it is generally not painful. Therefore anesthetic is usually not required.

Are There After Affects?

Generally not. Most patients return to a normal lifestyle the same day. There may be slight spot bleeding a few days later. Heavy straining or lifting should be avoided and aspirin should not be taken for a few days.

How Many Visits Are Required?

Many patients have more than one hemorrhoid. Therefore, most physicians recommend two or three visits at two week intervals, treating a different portion of the hemorrhoid tissue each visit.

Will The Hemorrhoids Come Back?

Millions of patients have been treated with IRC. Experience tells us that hemorrhoids treated with IRC generally do not recur. A sensible diet, moderate exercise and proper bowel habits will also help.

Special Report From The American Journal Of Gastroenterology

Despite an abundance of nonsurgical hemorrhoid therapies, none has been consistently more efficacious. By combining data from multiple clinical trials in a meta-analysis., the present study compared the efficacy and complications of infrared coagulation, injection sclerotherapy, and rubber band ligation to determine the optimal non-operative hemorrhoid treatment.

Although rubber band ligation demonstrated greater long-term efficacy, it was associated with a significantly higher incidence of post treatment pain. In contrast, infrared coagulation was associated with both fewer and less severe complications. Thus, when all factors are considered, infrared coagulation may in fact be the optimal non-operative hemorrhoid treatment.

For a complete report check;
The American Journal Of Gastroenterology Vol.87.No11.1992