Celiac disease is an often un-diagnosed condition affecting healthy digestion. However, an interesting article in Reuters Health last month indicates that it might have a farther reach.

NEW YORK (Reuters Health) - People with the digestive disorder known as celiac disease are more likely to develop another disorder involving the immune system: asthma, according to a new study.

Specifically, a group of European researchers found that people with celiac disease were 60 percent more likely to develop asthma, relative to those without celiac.

Indeed, for every 100,000 people with celiac disease, 147 will have asthma that would not have occurred in the absence of the digestive disorder.

Those diagnosed with asthma were also more likely to eventually develop celiac disease, the authors report in the Journal of Allergy and Clinical Immunology.

Celiac disease is caused by an abnormal immune res 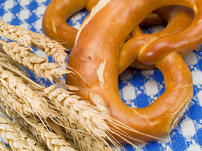 ponse to gluten, a protein found in wheat, rye, barley and other foods. The reaction keeps sufferers from eating foods like cereal, pasta, cookies and beer.

It occurs in about 1 percent of the population, and can lead to severe health problems including low blood count, poor bone health, fatigue, and weight loss. 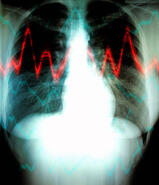 To investigate whether celiac had any association with asthma, Dr. Jonas Ludvigsson of Orebro University Hospital and the Karolinska Institutet in Sweden and colleagues compared more than 28,000 Swedes diagnosed with celiac to more than 140,000 similar people without the disease.

Ludvigsson cautioned that the study simply shows an association between the two diseases, not that one causes the other.

It's also unclear, he added, what might explain the association. "Personally, I think the role of vitamin D deficiency should be stressed," he told Reuters Health by email.

People with celiac are more likely to develop osteoporosis and tuberculosis, both diseases in which vitamin D plays a role. If a person with celiac also has low levels of vitamin D, this could in turn affect the immune system, which could increase the risk of developing asthma, Ludvigsson noted.

"Another potential mechanism could be that asthma and celiac disease share some immunological feature," he added. "If you have it, you are at increased risk of both diseases."

People diagnosed with celiac are advised to follow a gluten-free diet, and it's not known whether the 28,000 people included in the study stuck to the diet or not, Ludvigsson added.

"Generally dietary compliance is high in Sweden, so I actually believe that also patients with good adherence are at increased risk of asthma," he said.