Benefit must be weighed against GI bleeding, other risks, however, experts say

MONDAY, July 15 (HealthDay News) -- Taking a low-dose aspirin every other day may reduce the risk of colorectal cancer, according to a study that focused on nearly 40,000 women aged 45 and older.

The protection does seem to take some time to surface, said researcher Nancy Cook, a professor of medicine at Brigham and Women's Hospital and Harvard Medical School. "After 10 years, we started to see an effect," she noted.

"After 18 years of follow-up, we saw a 20 percent reduction in colon cancer over the whole time period," she said. When they looked at the 10-to-18 year mark, the reduction was 42 percent, she said.

However, risks linked with aspirin, such as gastrointestinal bleeding, must be considered, Cook said. 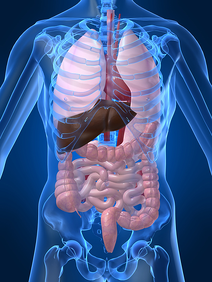 The study, funded by the U.S. National Cancer Institute and U.S. National Heart, Lung, and Blood Institute, is published July 16 in the Annals of Internal Medicine.

Aspirin has been long known for its protective effects on heart health, but the protective effect of aspirin on colon and rectal cancer has only been found more recently. "In the past three years, analyses of trials conducted for cardiovascular health have begun to show an effect on colon cancer as well," Cook said.

Cook and her team followed women enrolled in the Women's Health Study, a trial that evaluated the benefits and risks of low-dose aspirin and vitamin E in preventing both cardiovascular disease and cancers.

The study began in 1993 and ended in 2004. The women had no history of cancer (except nonmelanoma skin cancer), cardiovascular disease or other major chronic illness when they enrolled.

The women assigned to the aspirin group were told to take a low dose -- 100 milligrams -- of aspirin every other day. The comparison group took placebo pills on alternate days.

After the study ended, the researchers continued to follow more than 33,000 women through March 2012. The women were told to continue the regimen, although the researchers no longer provided the pills.

They did not find a difference with cancer deaths between groups, but Cook said there may not have been enough women to show a comparative difference from a statistical point of view.

Cook found no difference in colorectal polyps between groups. Polyps are removed when they are found on colonoscopy as they can progress to cancer.

While the study included only women, Cook said the results would probably apply to men, too. Other aspirin studies that looked at the effects of the drug, she said, have included mainly men.

Even with the double benefit of heart and colon protection, Cook said, "You really need to balance risks and benefits."

Dr. Anthony Starpoli, a gastroenterologist at Lenox Hill Hospital in New York City, agreed that patients should be carefully selected for aspirin therapy.

Before a doctor suggests aspirin for the colon protection, Starpoli said, the important question is: "Am I really reducing their risk of colon cancer or am I increasing their risk of GI bleeding?"

The strength of the study, he said, is the large number of women. However, he does not think the findings translate to a global recommendation that everyone over 45 take alternate day aspirin for colon cancer risk reduction. "There may be a subgroup of patients at higher risk who could benefit."

Those with a family history of colon cancer or who have had polyps have a higher than average risk.

The side effect of GI bleeding needs to be taken seriously, Starpoli said. "The nature of GI bleeding from nonsteroidal anti-inflammatories [NSAIDs] or aspirin is somewhat unpredictable," he said. And it can be serious and even fatal.

For those hoping to take an aspirin for the double benefit of heart and colon health, would alternate day protect their heart enough?

Generally, daily aspirin is recommended for heart disease risk reduction, Cook said. However, "the Physicians' Health Study showed a benefit for alternate day, but the dose was 325 milligrams of regular aspirin," she added.

This year, more than 102,000 new colon cancers and more than 40,000 rectal cancers will be diagnosed, the American Cancer Society estimates.

Always discuss any new addition to your health regimen with your doctor before beginning.