Washington Post article, published here, brings to light that making healthier choices in food does not have to be labeled.

Vegetarian cooking becoming more about the vegetables, less about the agenda

Not so long ago, there was a certain image associated with being vegetarian. It usually involved Birkenstocks, lentil loaf and an agenda.

There still are plenty of all three in the meatless movement, but a growing number of Americans are finding they can have cauliflower and kale at the center of the plate without a side of ideology.

That’s because at the same time people are eating less meat, vegetables have gained respect 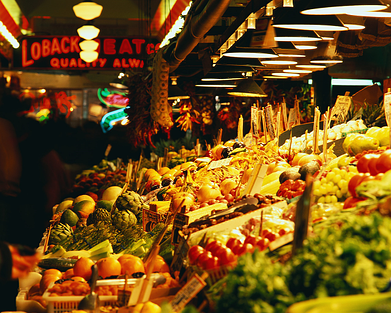 as worthy ingredients in their own right, not just as the garnish for a steak. There even are celebrity vegetables (ramps and Brussels sprouts, anyone?). And perhaps most telling, the word “vegetarian” has moved from the center of cookbook covers to the margins, if it’s seen at all.

“I’ve always struggled with the ‘vegetarian’ label,” says Deborah Madison, whose cookbook “Vegetable Literacy” (Ten Speed Press, 2013) is the most recent in her 30-year career of writing about vegetables. “When I began writing it was so much about a lifestyle. You were or you weren’t and people didn’t cross that line.”

Today that line is fluid. Movements such as “Meatless Mondays,” as well as concerns about food quality and a tighter economy, have more Americans treating meat as the side dish. And it shows in how we shop. The number of farmers markets has more than doubled during the last 10 years, and meat consumption is down 12 percent since 2007.

Shifting attitudes regarding what and how we eat also come into play. Americans today eat more casually than previous generations. The idea of a “center of the plate” — a large piece of meat surrounded by a starch and a vegetable — has loosened. Many Americans happily graze on Mediterranean tapas, indulge in sushi or slurp Asian soups like Vietnamese pho, where meat is an afterthought.

As our concept of what constitutes a meal has widened, so has the range of vegetarian options. During the ‘70s and ‘80s, lentil loaf was a very real and terrifying thing. Meanwhile, in a search to replace the “missing” meat, many chefs loaded up on cheese, eggs and cream, trying to fill diners up and prove that vegetarian food could be satisfying. And brown rice and other bland ingredients made eating healthy seem like punishment.

“I was going for bulk, for comfort food,” says Mollie Katzen, whose 1977 “Moosewood Cookbook” (Ten Speed Press) made her a pioneer in the movement. “Now I wouldn’t serve one heavy clunker in the center of the plate. My cooking is far more modular — a little bit of whole grains, some legumes. I like to call it ‘the peace sign plate.’”

If chefs have changed, so have their audiences. The culinary revolution of the 1980s introduced Americans to a greater range of flavors and to the idea of fresh produce artfully deployed. A greater awareness of international cuisines also has opened doors to a new kind of vegetable-oriented cooking.

“We’ve brought so many cultural influences into the conversation,” says Diane Morgan, author most recently of “Roots” (Chronicle Books, 2012), which celebrates turnips, sunchokes and other underground vegetables. “The granola-era people weren’t making risotto. They were turning spaghetti and meatballs into something else — the meatballs had brown rice, but they weren’t sophisticated. Now the volume of ethnic cookbooks coming into the conversation changes that.”

And many of these ethnic cookbooks are vegetable-centered. “The Duke’s Table” (Melville House, 2013) offers a comprehensive collection of Italian vegetarian recipes first published in the 1930s. “The Glorious Vegetables of Italy,” also offering vegetarian Italian recipes, is due out this summer from Chronicle Books. “The French Market Cookbook” (Clarkson Potter, 2013) seizes on the idea that while classic, Escoffier-style cooking is meat-oriented, the poorer food of the French countryside is vegetable-focused. Seizing on dishes such as these, which are designed to be eaten without meat, says author Clotilde Dusoulier, makes the whole category more appealing.

“When you come from a very meat and potatoes diet, it’s hard to imagine adapting those dishes,” Dusoulier says. “You just feel like you’re removing meat. If you focus on natively vegetarian dishes, those are meant to be meat-free, so they’re perfect without a meat component.” 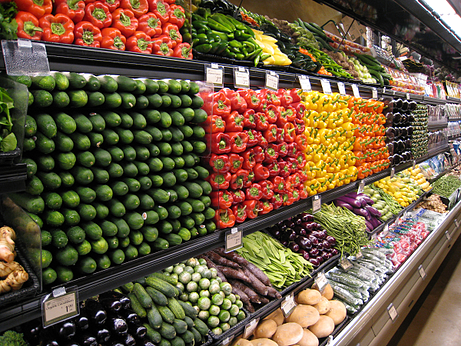 And a growing number of “celebrity” vegetables have replaced the tired portobello mushroom that began standing in for burgers on restaurant menus in the 1980s. Once reviled items like Brussels sprouts — which Katzen says “were almost a punch line” — are being roasted, grilled and julienned. Kale salad is on trendy menus across the country, and kale chips — which Katzen says she made in the ‘90s to great guffaws — are on grocery store shelves. Ramps, in season right now, are yet another hip, cool plant to munch. Cauliflower may be next.

But perhaps the biggest change is that eating vegetables is no longer about avoiding meat. While early chefs tried to reconfigure vegetables and grains to resemble meat in taste and texture as closely as possible, today’s vegetable cooking focuses on the best qualities of the produce. And yes, sometimes meat is even involved. This vegetable-forward approach can be seen on cookbook covers, where the word “vegetarian” has either disappeared or been minimized.

“It’s safe to come out now and say ‘Here’s a bunch of vegetarian food,’” says Katzen, author of the forthcoming “The Heart of the Plate” (Houghton Mifflin Harcourt, Sept. 2013). “It’s a mainstream choice. I can confidently put it right at the top of my cover and people won’t run away from it. They won’t think ‘It’s a handbook for a club I didn’t join.’”