Esophageal cancer is most often caused by either squamous cell carcinoma along the inner lining of the esophagus or by adenocarcinoma, malignant tumors of the gland cells. Adenocarcinoma is occurring more often in patients and is closely linked to acid reflux and reflux related disorders. 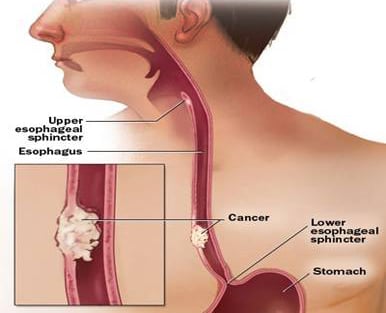 Barrett’s esophagus is caused by prolonged reflux, which damages the inner lining of the esophagus.   When the inner lining Is damaged, the squamous cells are replaced with gland cells. Over time, the gland cells become abnormal, resulting in dysplasia and then adenocacinoma.

Not everyone with reflux or Barrett’s esophagus develops cancer, however, the risk is greatest in those who have prolonged reflux and family members with Barrett’s.

The most common symptom of gastroesophageal reflux disease is the presence of heartburn or pain in the center of the chest. Nausea, regurgitation and hiccups after eating may also be caused by reflux. 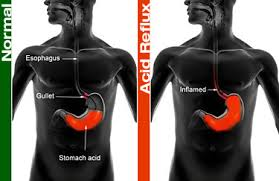 While heartburn is the most common symptom, it is important to note that both gastresphogeal reflux disease and Barrett’s esophagus can be present with no outward symptoms.

Treating Reflux to Prevent Cancer of the Esophagus

If you have mild or severe symptoms of reflux, getting treatment early will help prevent the development of cancer. Your doctor is likely to suggest a number of diet and lifestyle changes to start. This includes avoiding foods that trigger heartburn and quitting smoking.

Your doctor may prescribe string acid lowering drugs called proton pump inhibitors or recommend over-the-counter medications, such as antacids, or H2 blockers, such as Zantac, to help prevent and manage reflux.

In cases where esophageal cancer has already developed, proper treatment of reflux is essential to recovery and management.